Together we #WarriorUp with love for our people and our homelands. 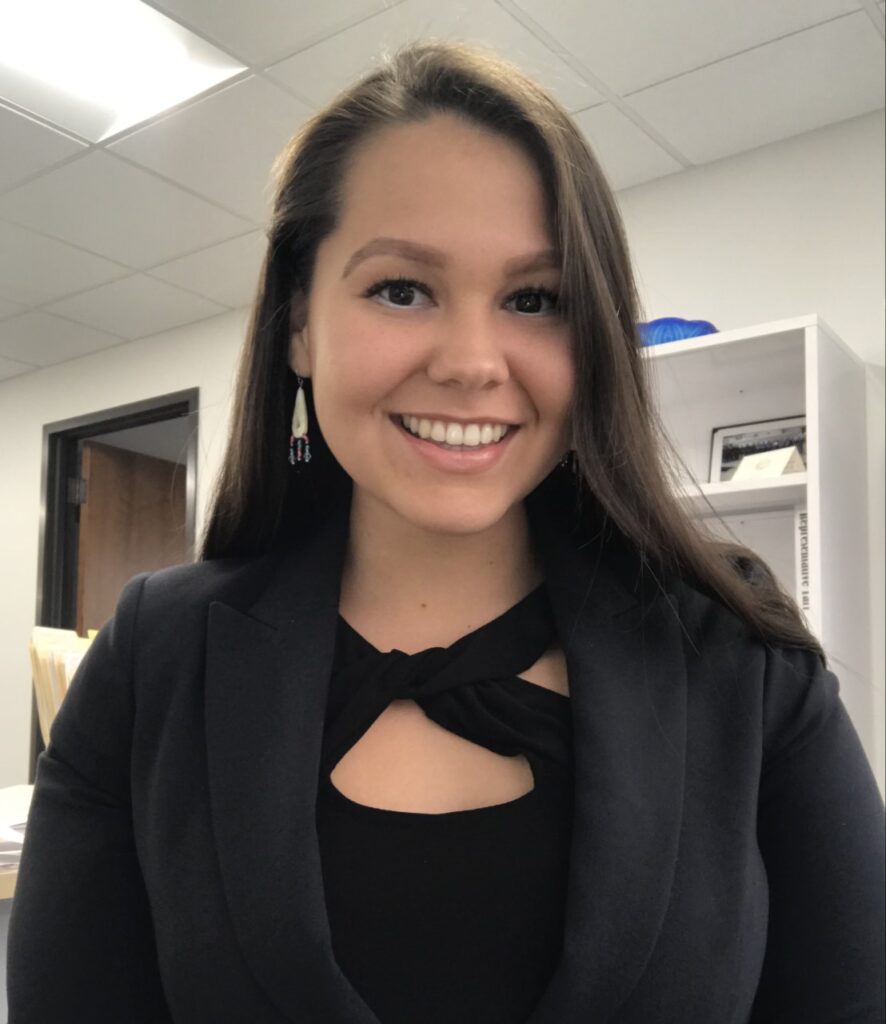 Jackie Boyer, Cup’ig, has roots from the Native Village of Mekoryuk located on Nunivak Island in the Bering Sea. She now lives in Anchorage with her yuliaq, adopted teenage daughter. Her maternal grandparents are Clarence Kolerok and Laura Kolerok. Her Cup’ig name, Arnaciar, was given to her by her aana; she is her namesake. Jackie previously worked in Juneau as a Legislative Aide for rural and urban Senators and Representatives; it is there that her love and passion for public policy and the advancement of Indigenous leadership in those roles emerged – she believes the work NPA does is crucial to ensuring that advancement continues and thrives. Jackie received her undergraduate in Criminal Justice from the University of Alaska Anchorage and is currently pursuing her Masters of Public Administration. In her free time, she enjoys crafting with seal skin and quills, hunting, fishing, and teaching her yuliaq traditional ways of life. 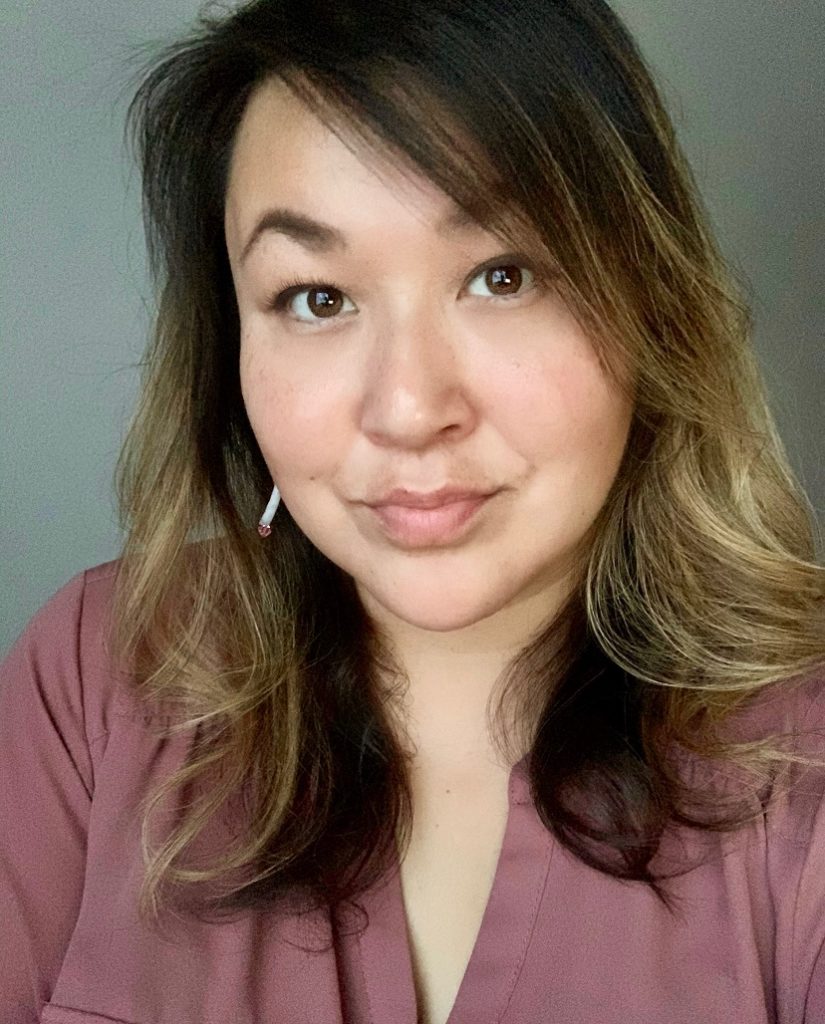 Rochelle Adams is from the Interior Alaskan villages of Beaver and Fort Yukon. Her parents are Angela Peter-Mayo of Fort Yukon and the late Cliff “Tuffy” Adams Jr. of Beaver. Her maternal grandparents are Susan (Lord) and Johnny Peter Sr. Her paternal grandparents are Hannah “Babe” (VanHatten) and Cliff Adams Sr. She was raised living a traditional Athabascan lifestyle with her family following the seasonal cycles of hunting, fishing and trapping off of the Yukon River. These are the values and connections that guide her today and she proudly represents this in all parts of her life and work. She is the mother of three teens, which she is raising with these same values of connectedness, love and respect. Through her many roles and actions, Rochelle has continuously sought to bring her perspective as an Indigenous woman with cultural knowledge, born of the lands and waters, training from the elders with a vision of the future generations to empower Native people everywhere. “It’s important that we as Indigenous people are able to shape the world that we live in to ensure the well being of our people on our own traditional homelands and in our own languages.” 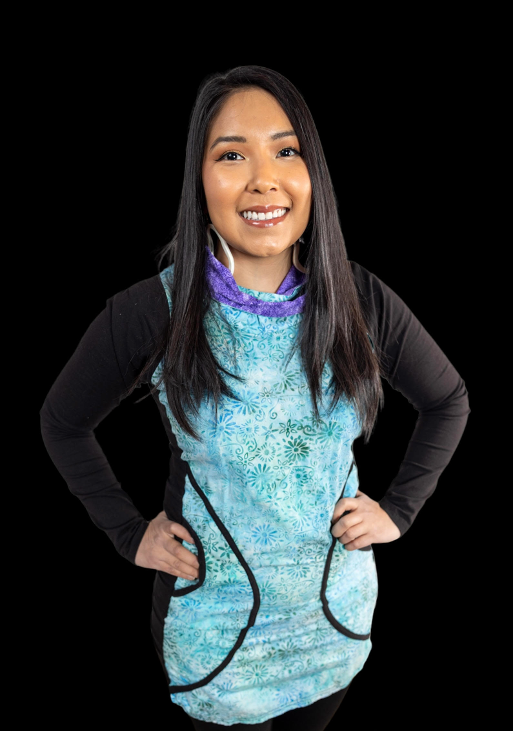 Elizabeth Aqpaluk Ahkivgak, Inupiaq, was raised in a whaling crew family in Utqiagvik, Alaska. Her parents are Ethel Ahkivgak and Fernando Ortega. Her maternal grandparents are Jennie (Ekolook) and Herbert Ahkivgak. She also pays respect to her foster parents Rosie and Eben Hopson Jr for their lifelong mentorship. She now lives in Anchorage, Alaska pursuing a bachelor’s degree in Energy and Sustainability Policy from Pennsylvania State University. Elizabeth has explored public, private, and non-profit sectors, adding to her toolkit with each opportunity focusing on Alaska Native issues. Her experience includes working for Arctic Slope Regional Corporation, serving as an Al Adams Young Political Leader Fellow in the Washington, D.C. Office of U.S. Senator Dan Sullivan, and as a legislative aide to Representative John Lincoln in the Alaska State Legislature. She finds inspiration from her foster parents’ commitment to public health, to continue delivering the same sentiment of humanity through volunteering. Elizabeth’s childhood experiences in the foster care system motivates her to break the cycle and live healthy so other Alaska Natives can too. Aqpaluk enjoys hiking, fishing, gathering, Alaska Native traditional practice, the Iñupiaq language, and life-long learning. 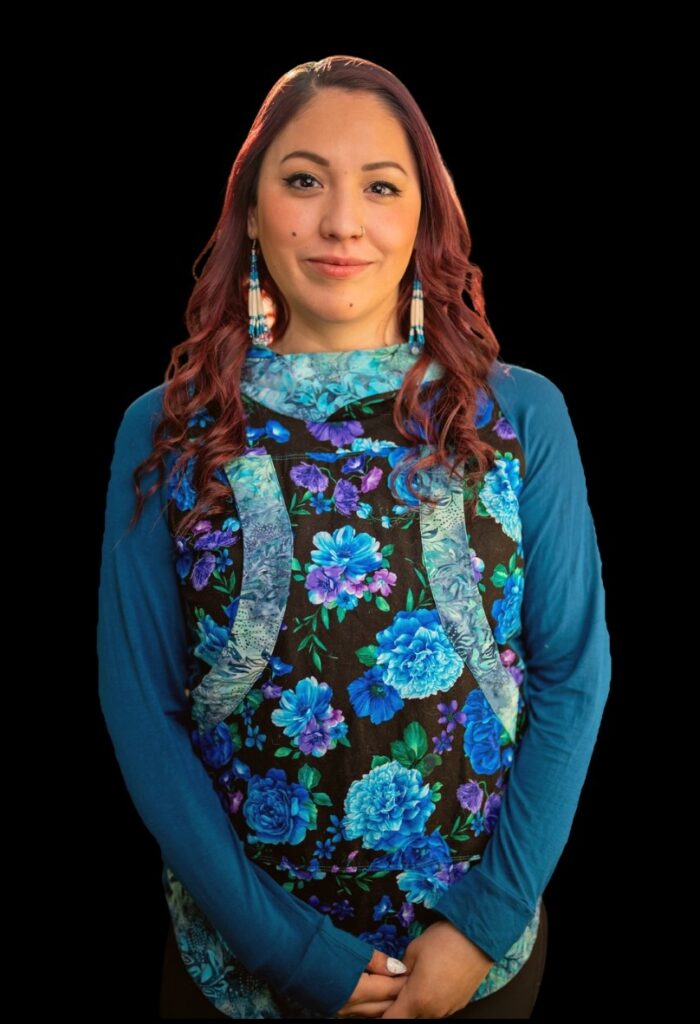 Autumn Cantu is originally from Ruby, Alaska. Her parents are Francis Captain Sr. and Deanna Houlton. Her grandparents are Martha Wright, the late Eugene Floyd Davis on her mother’s side, and the late Eleanor Captain and the late William (Billy) Captain Sr. on her father’s side. Autumn spends her free time with her family, enjoying the outdoors and reading as much as possible. Autumn is attending the University of Alaska Fairbanks (UAF) for her Bachelor’s degree in Social Work and plans to go for her Master’s degree in Social Work as well. She has an exceptional work history with years of knowledge in training staff, establishing rapport with clients, and strategic planning. Autumn is the business owner of Cantu Tactics & Consulting (CTC), she has worked at Recover Alaska, as a Youth Wellness Coordinator. She has experience as a Tribal Vocational Rehabilitation Counselor (TVR) Technician, Strategic Prevention Framework Partnerships for Success (SPF-PFS) Project Director, and a Suicide Prevention Coordinator at Tanana Chiefs Conference (TCC), where she worked for 5 years. Autumn also worked in Galena, Alaska as a Certified Nurse’s Assistant (CNA) for about 3 years at the Yukon Koyukuk Elder Assisted Living Facility (YKEALF). Overall, she has gained many partnerships throughout her work history. Autumn is very resilient and believes in POWOL. 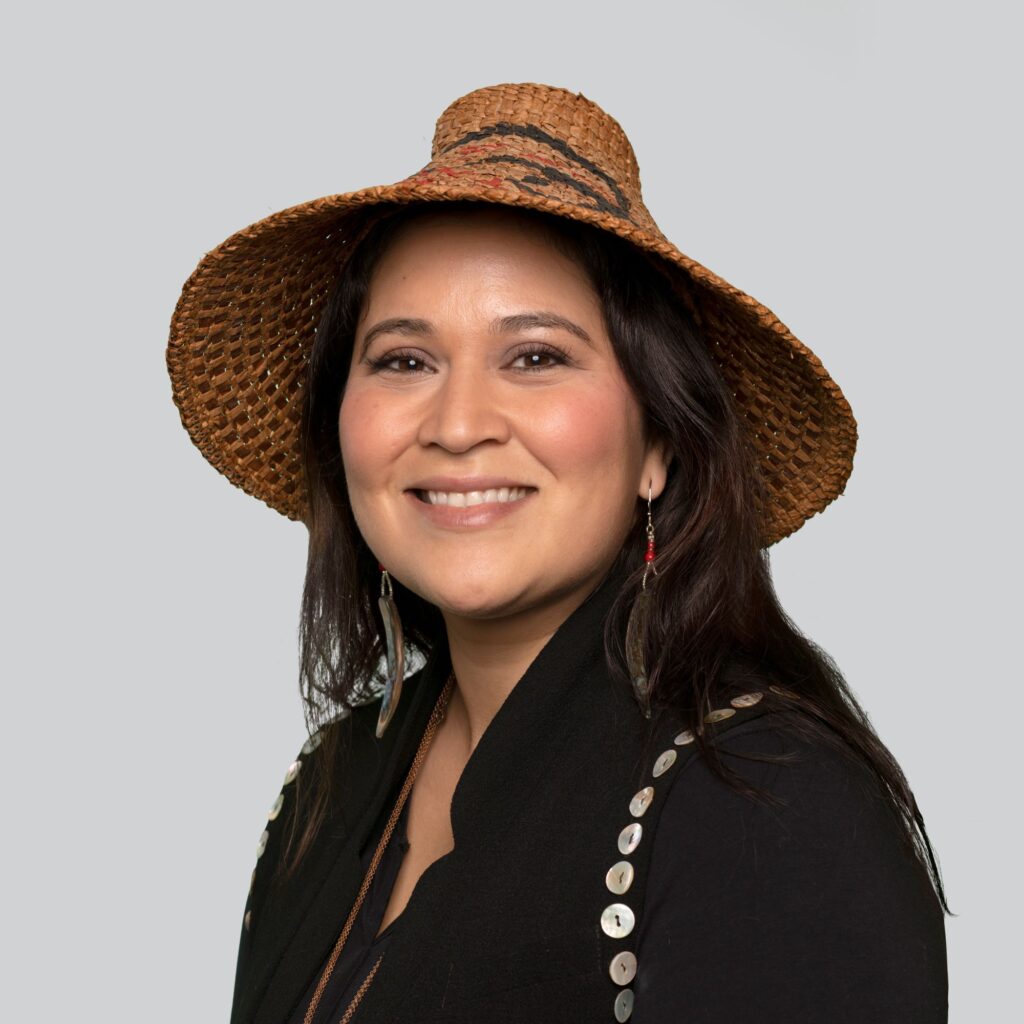 Barbara ‘Wáahlaal Gíidaak Blake is from Prince of Wales Island and currently lives in Dzántik’i Héeni (Juneau) on Lingít Aaní.  ‘Wáahlaal Gíidaak is of Haida, Tlingit and Ahtna Athabascan descent and belongs to the Káat nay-st/Yahkw Jáanaas (Shark House/Middle Town People) Clan.  She is the daughter of Sandra Demmert (Yahkw Jáanaas) and Kenneth Johnson (Naltsiina), and the granddaughter of Frances Demmert Peele (Yahkw Jáanaas), Franklin Demmert, Sr. (L’eeneidi), Irene Johnson (Naltsiina) Walter Johnson (Norwegian), and mother to two amazing kids.  She currently serves as the Director of the Alaska Native Policy Center with First Alaskans Institute, where she promotes the self-determination of Alaska Native peoples through strengthening opportunities for indigenous voices to be at the forefront of leading, solving, confronting, and advocating for Indigenous communities. She also sits on the City and Borough of Juneau Assembly as an elected city official and on the Sealaska Board of Directors.  She received her master’s degree from UAF in Rural Development focusing her thesis on Fisheries Development in Rural Alaska. She received her undergraduate degree(s) at the University of Alaska Fairbanks with a BA in Rural Economic Development and an AA in Tribal Management.  She also holds Onaben’s Indianpreneurship and Sandford’s First Nations Futures Program certificates. 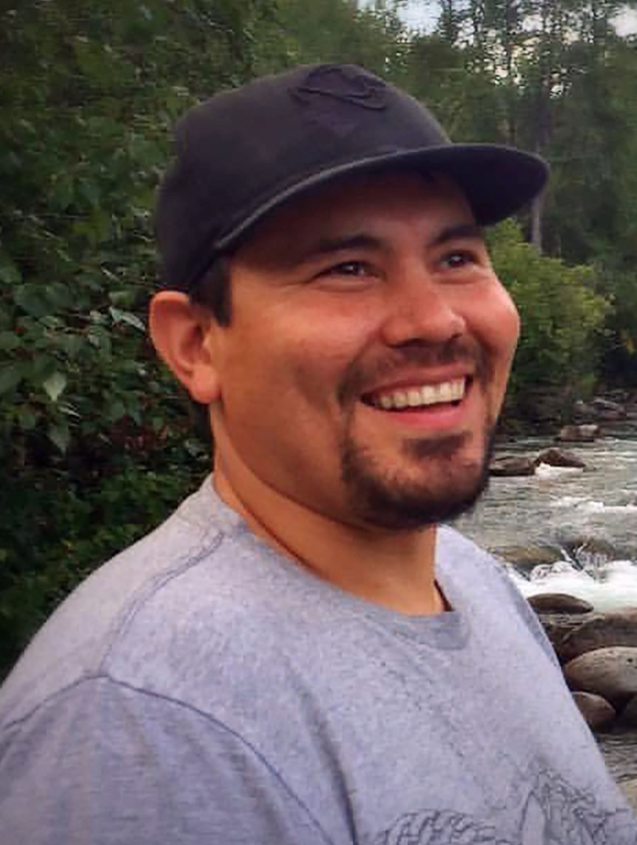 Bruce L. Ervin is an Upper Tanana Dene and Tribal member of Northway Village. Bruce is an alumni with the UAF Tribal Stewardship and Governance program and graduated with his Certificate and A.A.S in Tribal Management in 2017 and 2018. He is also an alumni with the UAF Department of Alaska Native Studies and Rural Development program graduating in 2020 with a BA in Alaska Native Studies with a concentration in Alaska Native Law, Government, and Politics.  When Bruce is not working, he spends his time learning traditional ecological knowledge. He enjoys spending time healing on the land, rivers, lakes, and learning ancestral ways of knowing from Elders to protect our ways of life and pass our knowledge on to the next generations. 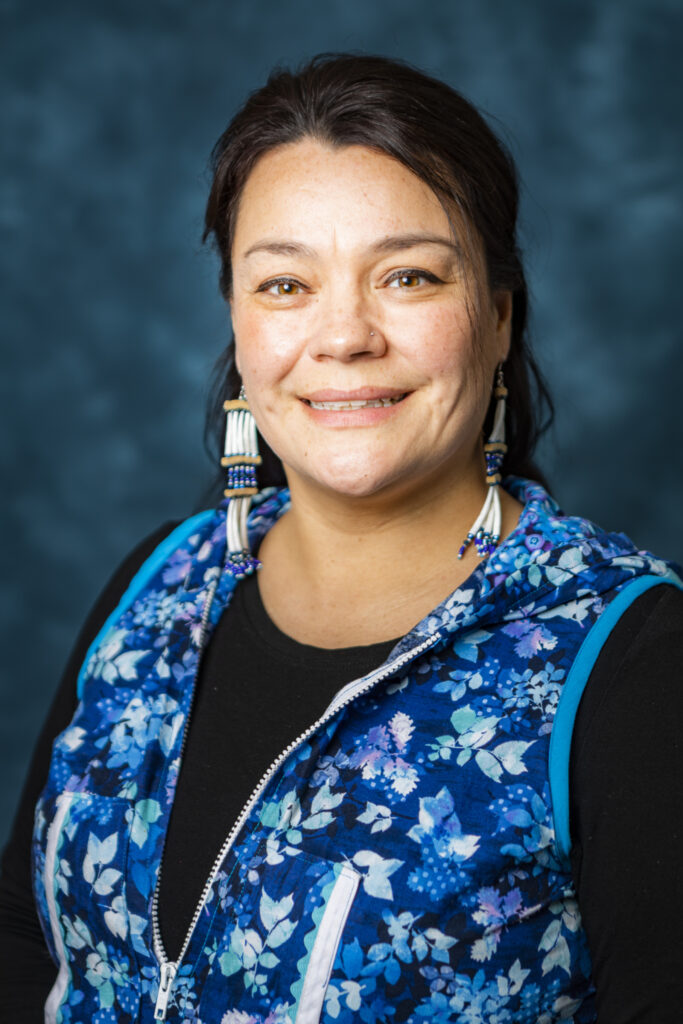 Dr. Jessica Black is a Gwich’in Athabascan from the villages of Gwich’yaa Zhee [Ft. Yukon] and Toghotthele [Nenana], Alaska.  In her current job as Assistant Professor for the Department of Alaska Native Studies and Rural Development and Tribal Management at UAF Jessica teaches, co-leads several research projects, and serves her Alaska Native community in various ways. Dr. Black received her PhD in Social Work from Washington University in St. Louis in August of 2017.  The title of her dissertation is Participation in Governance and Well-Being in the Yukon Flats. 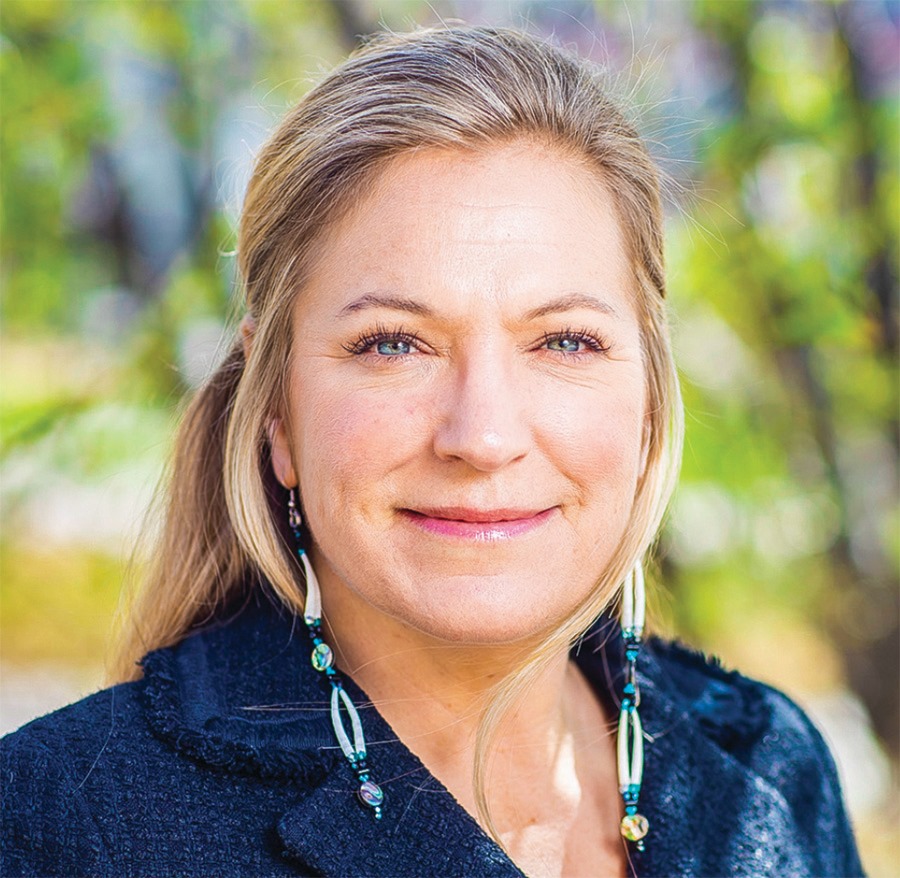 Carrie Stevens previously served the Council of Athabascan Tribal Government (CATG), an Alaska Native Tribal Consortium serving ten Gwich’in and Koyukon Tribes to promote Tribal Self-Governance. Mrs. Stevens served as the lead negotiator for CATG on their two Non-BIA self-governance agreements with the Bureau of Land Management and the US Fish and Wildlife Service. She began working with CATG in 1999, when she moved to Arctic Village to work with Indigenous rights activists for the protection of the Arctic National Wildlife Refuge. She now serves as faculty for the University of Alaska Tribal Management program. Carrie holds a Masters degree in International and Intercultural Management. She is a mother and warrior for sustaining Alaska Native ways of life. 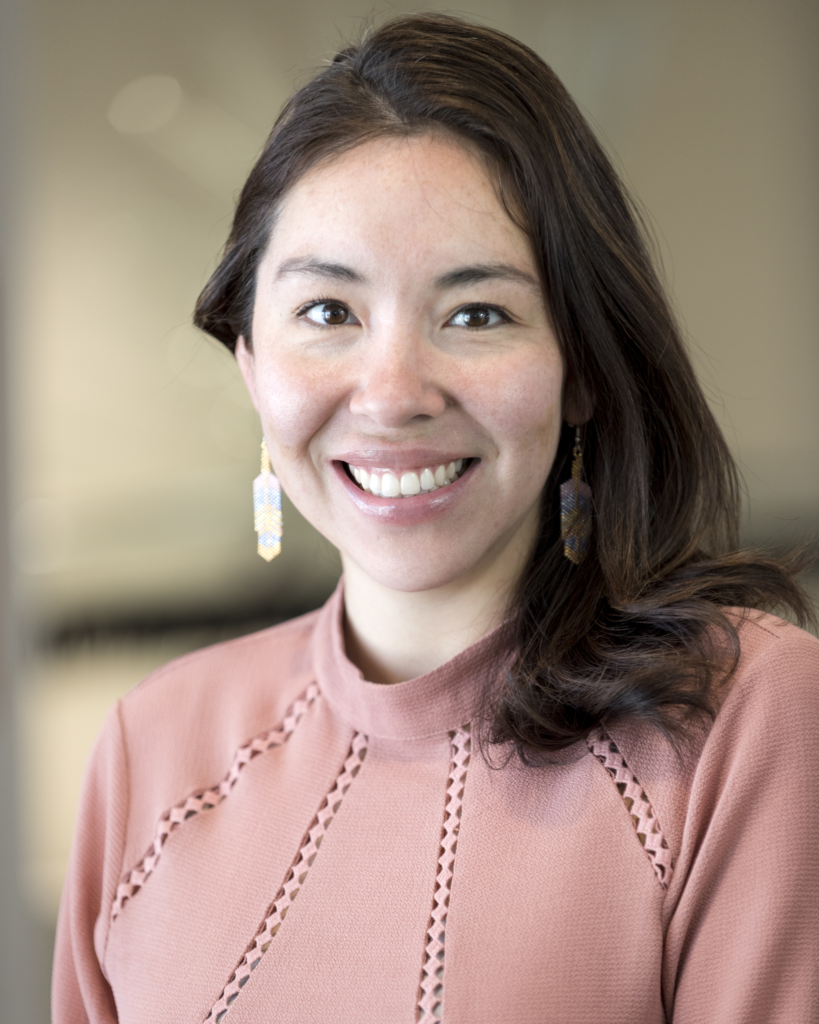 Andrea Akall’eq Burgess, is a community activist from Bethel, Alaska now living and working on the lands of Kānaka ʻōiwi (Native Hawaiians). She is a Yup’ik Tribal citizen of the Native Village of Kwinhagak. Andrea is a co-founder of Native Peoples Action Community Fund where her role is to advance Indigenous ways of being and knowing. Andrea is Company Owner of With Real People LLC, a consulting and production firm based in Alaska and Hawaii. She is also Global Director of the Conservation in Partnership with Indigenous Peoples and Local Communities program at The Nature Conservancy. Andrea has a bachelor’s degree in government/political science from Georgetown University and spent much of her career working for Alaskans in Congress on Capitol Hill. 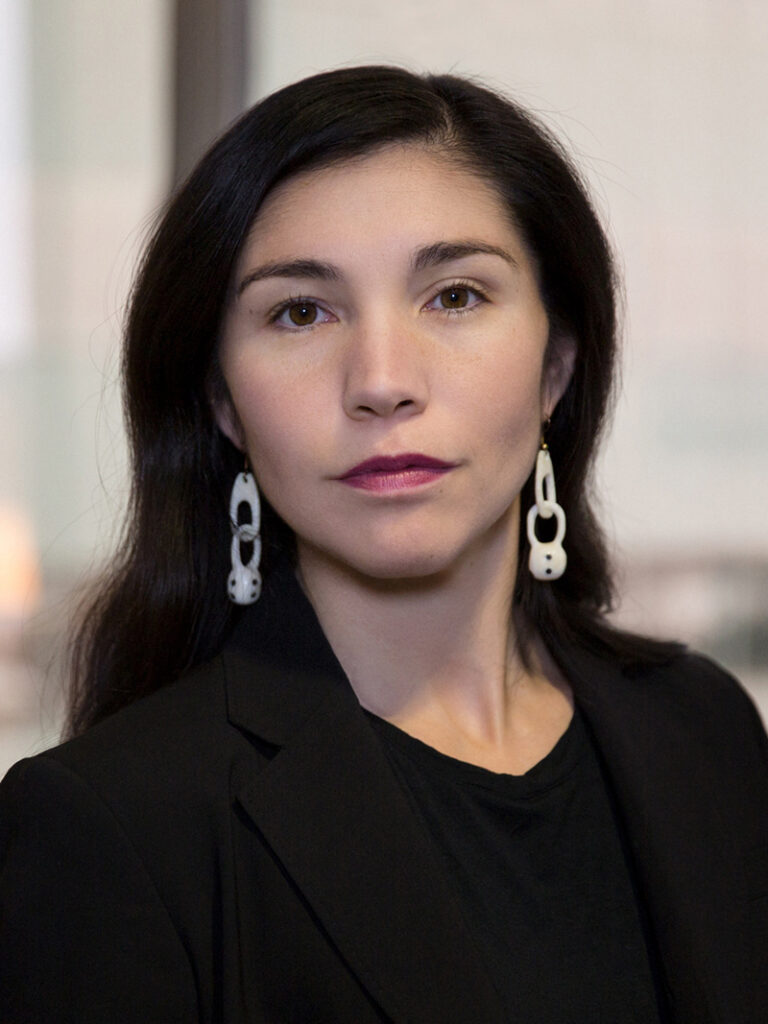 Saagulik focuses her practice on meeting the unique legal needs of Alaska Native corporations, tribes and tribal nonprofit health and social service organizations. She maintains a general counsel practice providing advice in contract strategy, negotiation and enforcement; employment law; investigations and compliance; grants management; conflicts of interest and other ethics standards; and governance. Saagulik has been active in Alaska and Native American affairs for many years. Her experience includes working as a legislative aide with the Alaska State Legislature, as a staff attorney and public policy liaison with an Alaska Native (ANSCA) regional corporation, and as general counsel for a 600-employee regional tribal nonprofit corporation. She served as senior policy advisor at the United States Department of the Interior Office of the Assistant Secretary for Indian Affairs and has provided international human rights law support to the United Nations Special Rapporteur on the Rights of Indigenous Peoples through coursework and a fellowship. 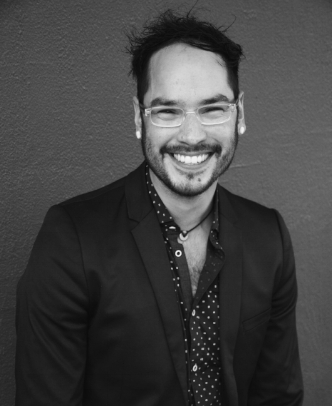 Drew Michael (Yup’ik and Inupiaq) was born in Bethel, Alaska. He and his twin brother grew up in Eagle River, Alaska. Drew focuses on how masks were originally used by Yup’ik people, for healing and telling stories of things unseen. Drew’s work incorporates healing practices of the Yup’ik people and religious icons of European Christianity. The artist hopes to encourage people to find healing in ways that bring about balance in much the same way he has used these practices to find balance in his own life. 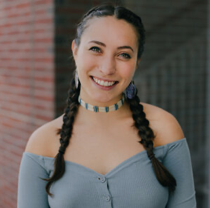 Ruth is a Dena’ina Athabaskan and Ashkenazi Russian Jewish woman, raised in Anchorage, Alaska. She is a member of the Curyung Tribe, and also has roots in Bristol Bay, where her family descended downriver after leaving the Lake Iliamna region. She is a recent graduate from Brown University, built on occupied Wampanoag and Narragansett lands, and received a BA in Critical Development Studies with a focus on Indigenous resistance and liberation. She has worked many years towards Indigenous rights advocacy and climate justice in Alaska, as well as in Rhode Island and the south of Chile. She centers themes of wellness and community care, and is thinking a lot about growth and regeneration and imagination in our activism work. Ruth also does International Indigenized climate justice work with the United Nations Association and SustainUS. Most of all, she loves singing as her Grandma Ruth did, practicing traditional beadwork with her mother late at night, slowly discovering her Dena’ina language, and building radical communities of love! 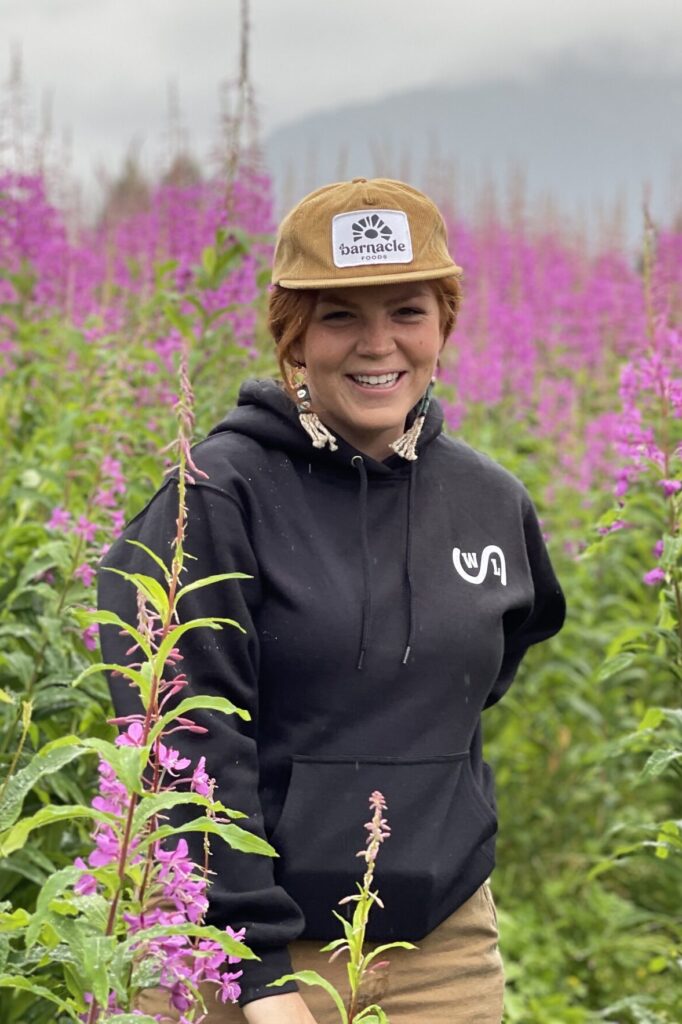 Marina Anderson is a Haida and Tlingit harvester and advocate for our ways of life. Marina is from the Taakw.aaneidi clan from Heinya Kwaan and is from the Sculpin House. Marina grew up on Prince of Wales Island where harvesting traditional things out on the lands and waters was her school. Marina has spent time on her tribal council, is on the board of directors for her ANC village corporation, and most recently in her professional life Marina has transitioned from being the tribal administrator for the Organized Village of Kasaan to be the deputy director for the Sustainable Southeast Partnership.